Page 5 of 9
by HankSimon
I thought he published CPS for both Mens et Manus II and AOTK at the Conventions ?

- Hank Simon
by Fanatic
In his Arthropods class in OUSA he gave out some diagrams to test-fold, and they are mostly complete but are missing text, arrows, or something or other. He also had some rough hand-drawn diagrams.

by leung_wwy
I was talking to Tateishi san at the 5omse (he translated Satoshi Kamiya's book).

He said there is actually a queue for the publications at origami house, and the next book will be a picture-coffee table book with designs from Eric Joisel, followed by (can't remember the order) takashi and komatsu

so it will (quite) a while before you see the book......
by newbpcpfolder

Jonnycakes, Brian said on his flickr page shrimp photo:
step-by-step instructions for making this figure will be in my upcoming book
or something like that..........
i would like his romanesco, scorpion cp, and all his grasshoppers, allomyrina dichotoma 2, dorcus curvidens, shrimp(i mentioned baove), wall e, lotus car
by Trouble
if i had to chose 1 model it would be his flying grasshopper

by Vkai
I cant wait for this one,so many amazing models.
by cranemaster366
Really hope he has a shaping guide or something for the kraken attack. I've been stuck on that model for months!!
by RollerCoasterBug
I know! I've tried that model 3-4 times and still failed epicly. I just hope his book comes soon my patience is wearing thin.
by dustink101
I hope the Vash's revolver: 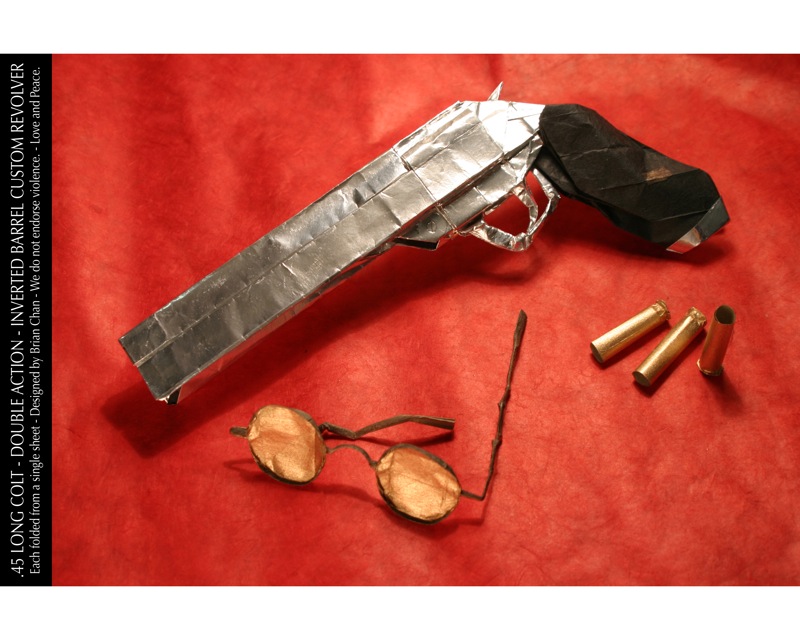 and this lizard that he called Lizard 2 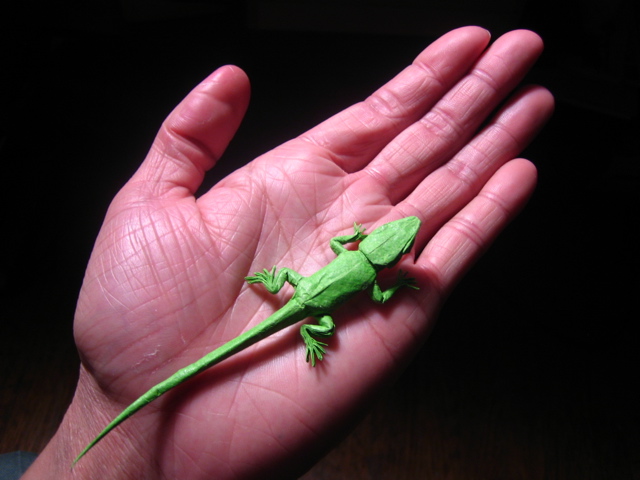 by AK827
The lizard was already diagrammed in CDO convention book 2010.
by dustink101
Oh. Thanks

by bethnor
a betting person would have 1-2 (or more) previously diagrammed works in the book.