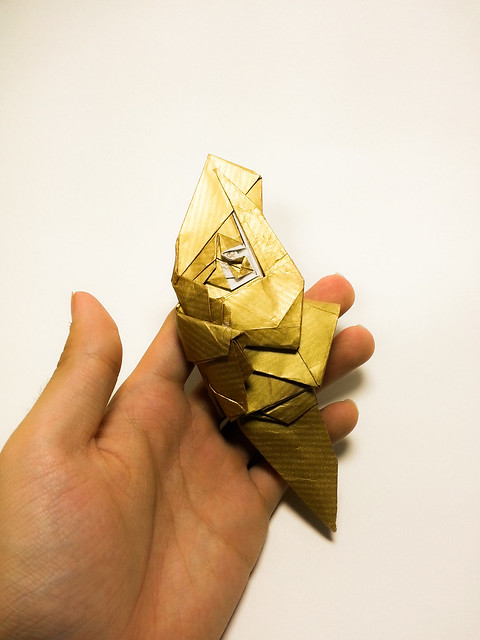 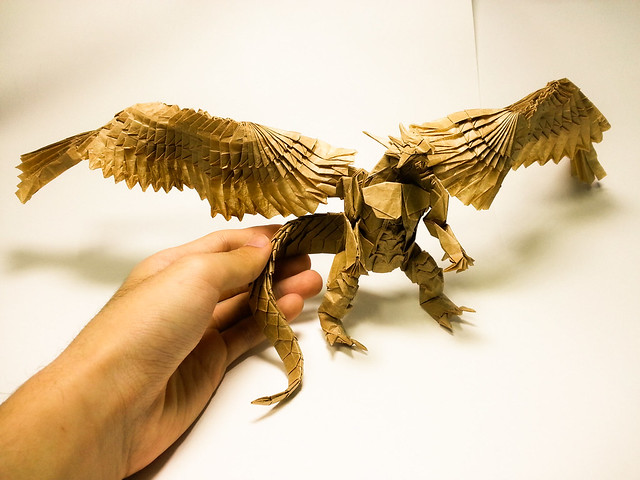 My first thought was , 'There's ver.3.5 for both of Phoenix and Ryuzin by him, but why not Bahamut?'
So I started designing the version 3.5 of the model Bahamut(took me weeks..little by little..)
I used really thin Kraft paper and the size was.. well, I'm definitely sure it was longer than 1m.
Why so long? I first intended to fold the version in Final Fantasy 10, but the thing is that the paper was too thin to maintain the round shape on the back. So even though I got the flaps to fold the round one on its back, after folding it I just hid the flaps.
I used inner-grafting to make the legs and arms more longer and the resulting layers were used to fold scales on its tale and abdomen. The resulting layers from the flaps of the round part(that was eventually hidden) were pulled out to make the wing.
Anyways, hope you guys like it! 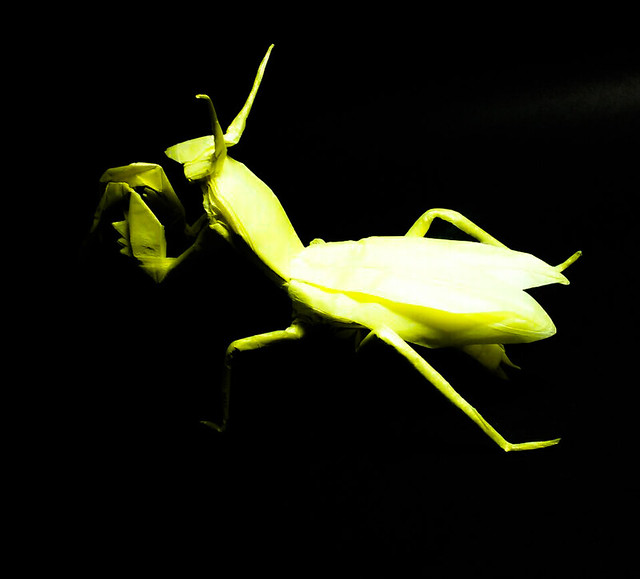 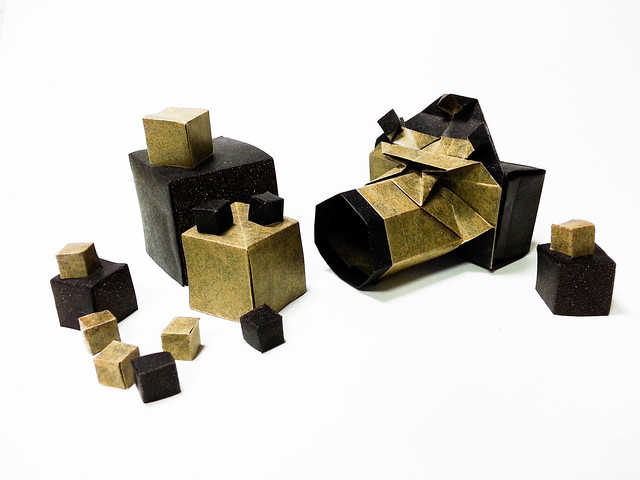 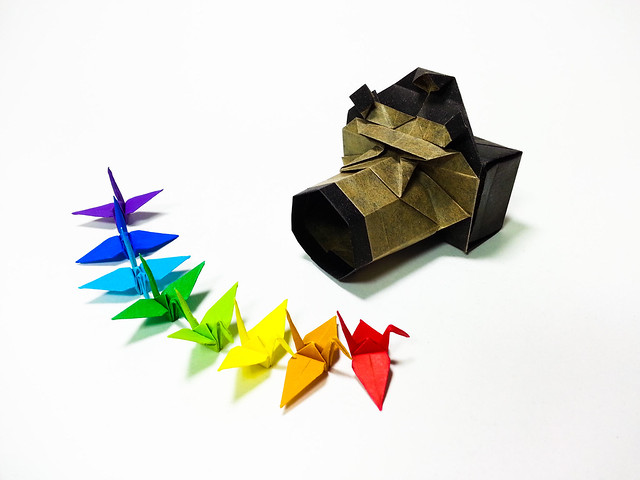 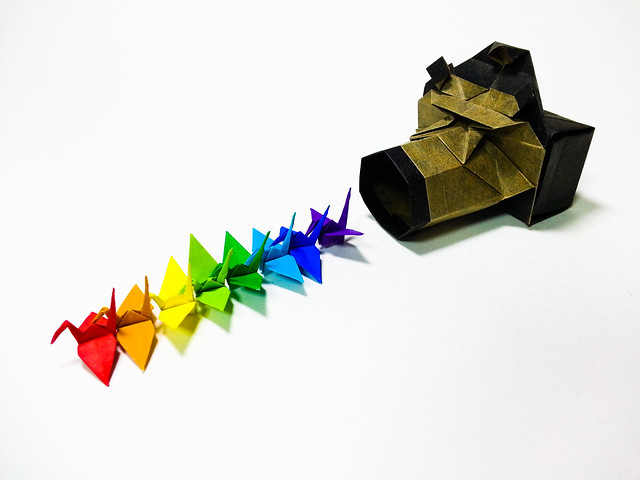 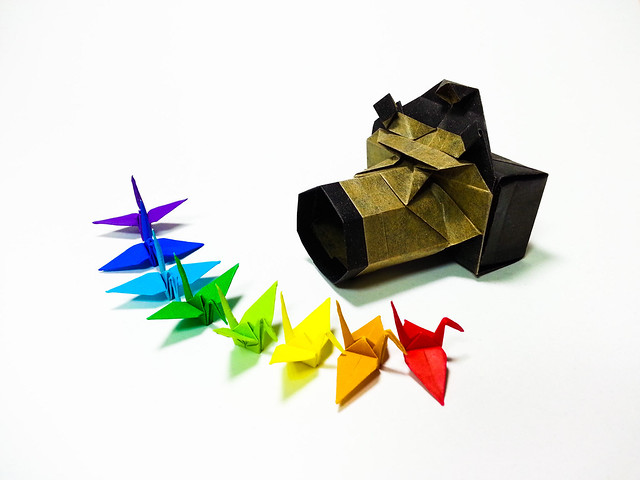 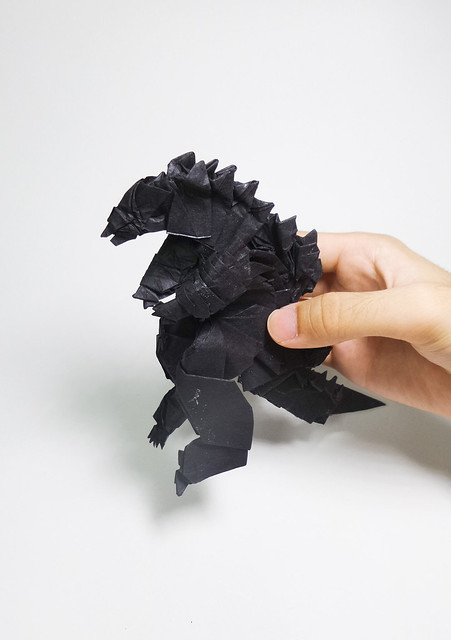 Bird Base Godzilla ver. 1.5 by Hyun Seok Kang, Flickr에서
I'm back with another bird base design

60cm x 60cm Korean Traditional Hanji
I folded with black paper but as soon as I folded it, I found that taking picture of a black model is really really really hard..

I spent hours taking pics, but none of them were satisfying. Even though I'm uploading this pics, the real model's way much better than the pic..
So I decided to release the diagram for this model. I hope someone will fold it..

Anyway, in the last version, I focused on making horns as many as possible, but this time, I focused on making it similar to the movie version. As a result, the number of the horns were reduced.. but I think this one's better than the last one.
More pics on my flickr
my flickr - http://www.flickr.com/photos/95668554@N06/
Top 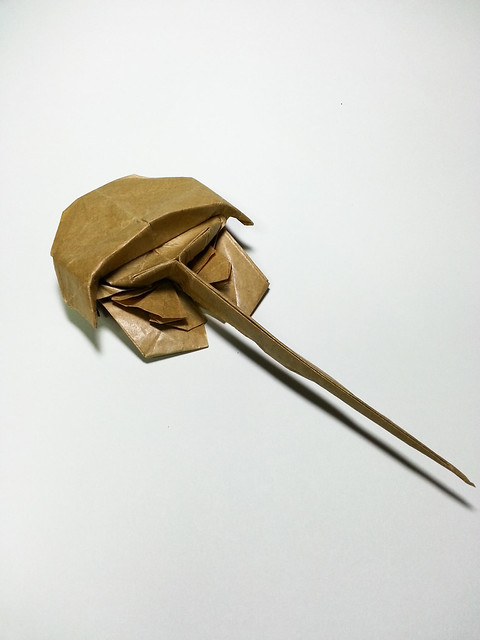 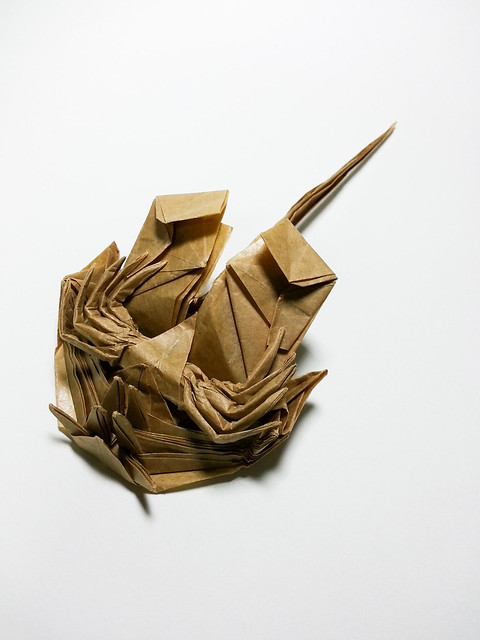 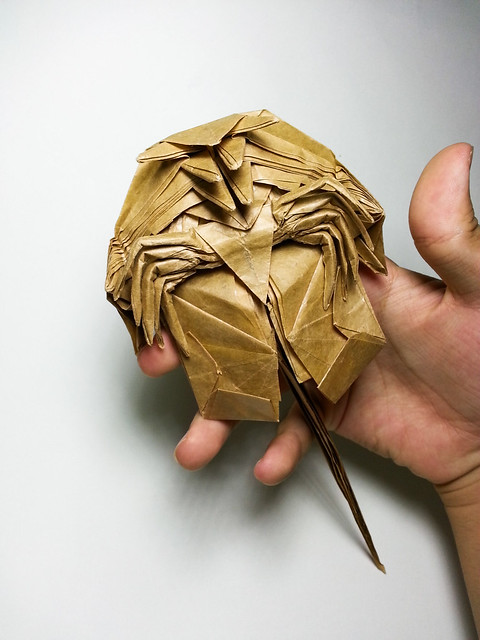 Designed&Folded by me
Paper : 51cm x 51cm Kraft Paper
From a Blintzed Frog Base
Another design of mine from a traditional base, hope you guys like it 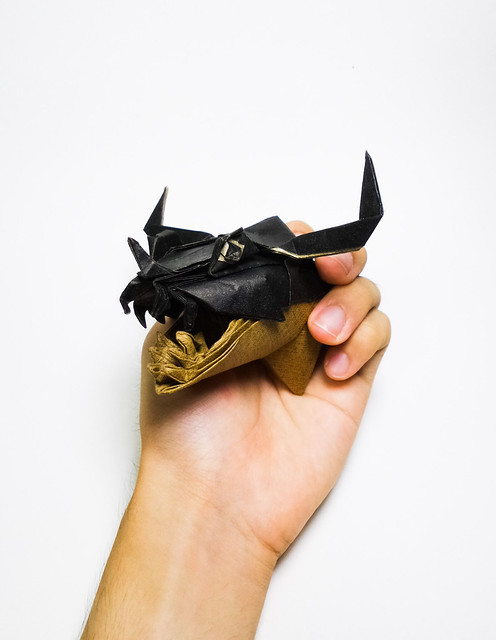 Whole model will be uploaded in December.. 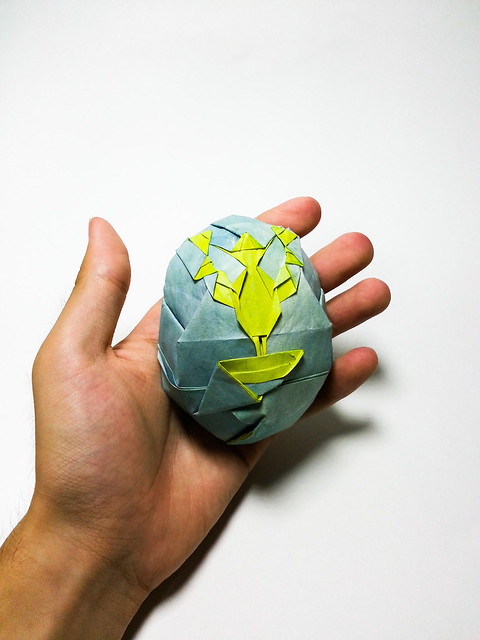 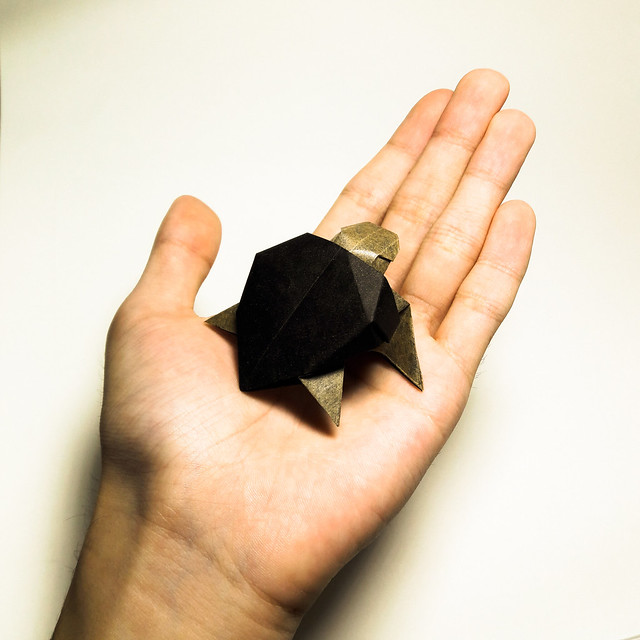 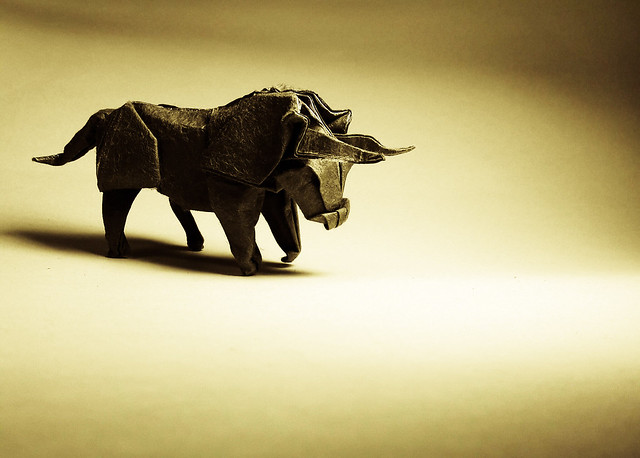 The paper was wayyyyy too thick and small..so I totally messed up

But it sure is a great design 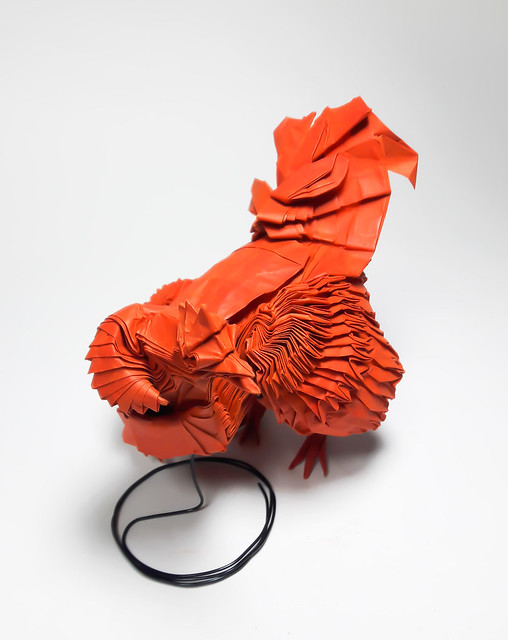 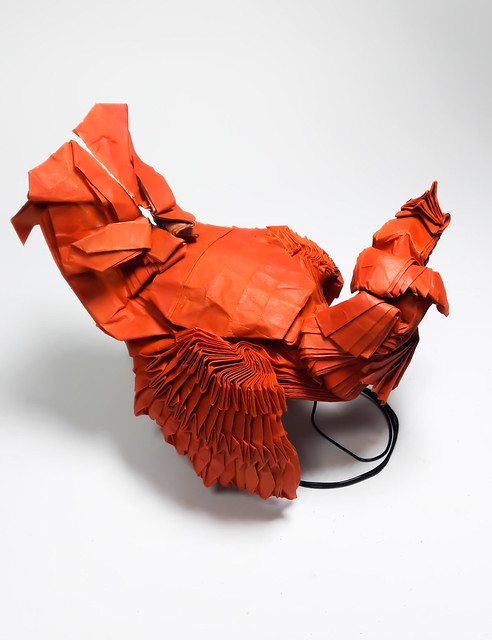 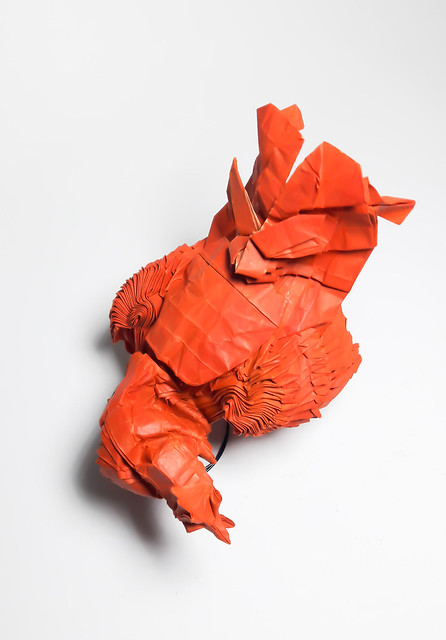 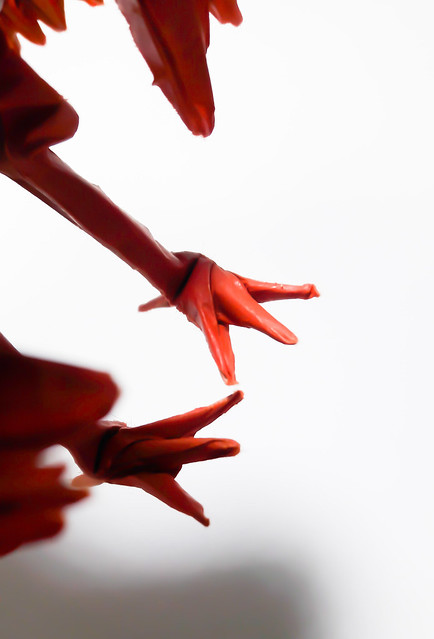 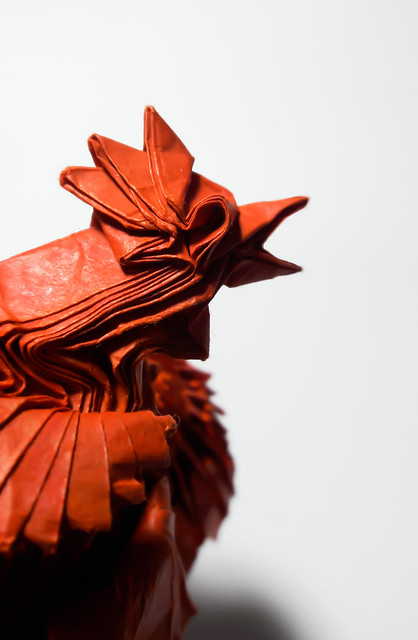 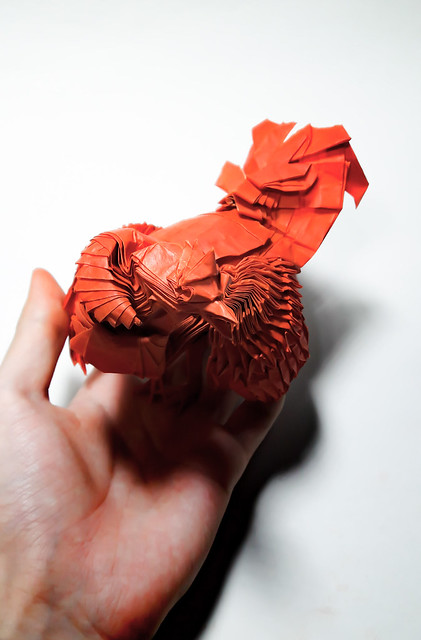 
It’s been a while since I posted the last design ; I think I really haven’t been much on Flickr and the forum since the end of 2016, so yeah, it’s my first post on 2017

)
Great to see you guys again! I know that it’s been a while since the followers in Flickr have gone over 500, and I really appreciate you guys for the support! I would have uploaded a thank-you post earlier but I’ve been really busy making a book of mine and designing, drawing diagrams for that, so sorry and thanks again!!!!

Since it’s the year of Red Chicken(丁酉年), I designed and folded a chicken right after the new year started. The model was finished in January and my friend uploaded the pictures elsewhere instead of me(since I was too busy), so I believe some of you guys would have already saw the design.
I don’t really like to use box-pleat technique ‘cause that doesn’t really fit my designs and I can’t really use it well, but since it’s new year, I gave it a try!
I saw a lot of chicken designs but most of them were rooster, so I folded a hen.
Hope you guys like it and see you soon again! 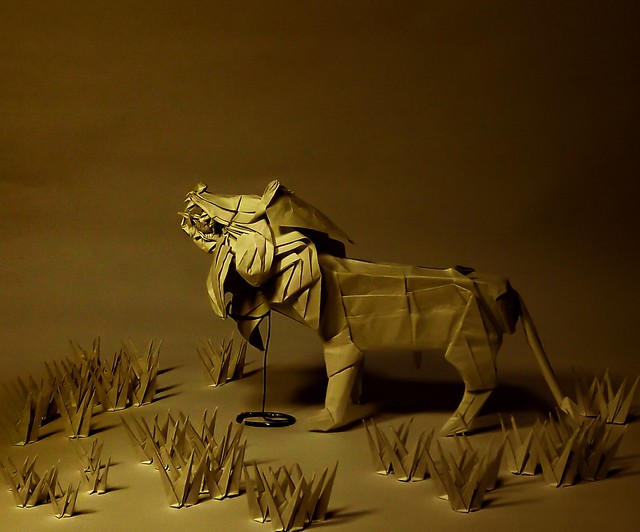 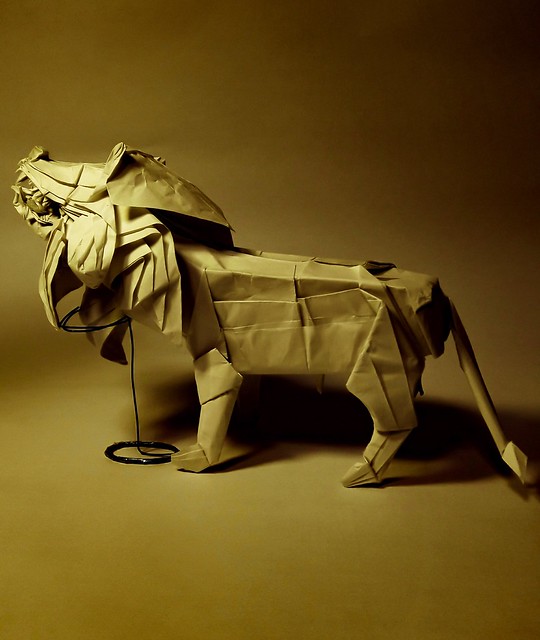 Designed by me
Test-Folded by Son Byung Hoon
Base : Blintzed Frog Base / have such body parts like tongue, teeth(24), and even reproductive organ!

I happened to get a friend designer(Son Byung Hoon) test-fold this model, though I don’t personally have my fold of this design myself (I got my fold torn down after continuously doing the open-close process for diagram shooting),
but Son Byung Hoon kindly folded and gave my the opportunity to take a shot for his model.
The two photos with yellow-like background are photos taken by me and the other pics that have black background are photos taken by him.
If you like the pics, please visit : https://www.flickr.com/photos/126555185@N04
and give him a big thumbs up!! 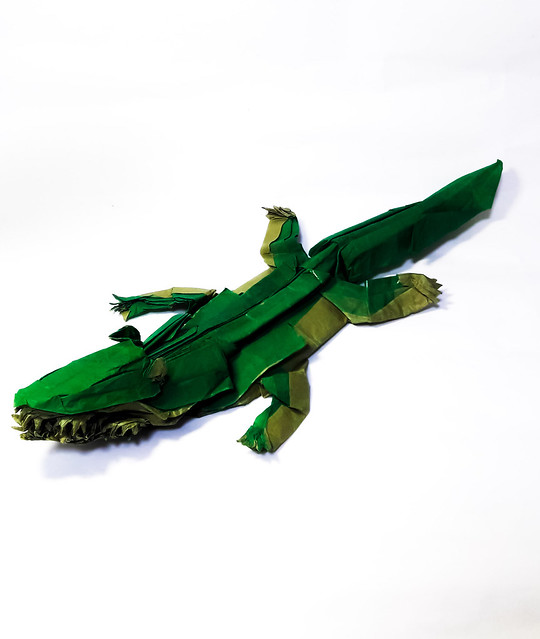 Alligator mississippiensis
​Paper : 1m x 1m Handmade Paper(dark green - apricot)
​Base : Blintzed Frog Base
​
I was way too busy doing all those stuffs and finally got myself a break time so I am uploading some designs that I have worked on.
Alligator was probably one of my highest origami goals to achieve back in high school, and I finally did it

​ - though it didn't work out well as I wanted.
This model will be taught as a class in this year 23rd Japan Tanteidan Convention. If you want to fold it, please come by my class and take it! Hope to see you guys all