Langko wrote:Yeah, but a 24 grid you don't end up with many flaps to shape the details on the face

Its more of an evil leprechaun, but you get the point.

by orangewetland
I love your dwarves!. I have to admit I did not fold purely from the CP. I used Joisel's instructions from the French forum that was linked somewhere in this thread. I can't remember how I figured out the face. I must have looked at your wonderful photos and attempted to replicate my favorites.

Thanks for this thread!

By the way, on the topic of figures with fingers and faces

is anyone else also a big fan of Jun Maekawa's devil from Genuine Origami and Fernando Gilgado Gomez's elf from Papiroflexia Magica? Any other favorites along these lines? Of course Joisel has a special style all his own but my mind wanders to things with related themes.

by corvo_nero
hello to all,
I wish to thank all who participated in this thread.
thanks for the advice and the help.

this is my attempt. by leung_wwy
I like this dwarf. He looks a bit drunk

My poor attempt to put it in a natural pose.....

by quiet marverick
Hey guys. I have just uploaded the first of 3 parts how I fold the dwarf details. So if you like to see it or have problems with the details here is the first video:


Here is the second part:

by quiet marverick
I have uploaded part 3 yesterday. I'll film and upload the last part today or tomorrow.
So here is part 3:

by Swapnil Das
Thanks for the Video's, QM! They're really useful!

by quiet marverick
Thank you Swapnil

I'm glad to hear that.

Finally here is the last part:


Time for a rest and then a new project

My shot at the origami Dwarf from Eric Joisel...
Paper was to thik and it was to small, but it turned out well..
It was really fun to fold, but frustrating at the same time, but you learn alot from it! I really recommend you all to give it a try! Thanks Alexander for your great help!

Have a nice day everyone! (btw, chek out Quietmarverick's channel! he has great vids!)
*Update*
I just made some good upgrades to the dwarf! the fingers are now good, and the leggs, and the eyes! Its so fun to look at the model and make some adjustments!

by gordigami
I wholeheartedly agree !
If you are a high-intermediate folder who is lanquishing and huddled up on the floor of a dark closet, too embarrassed to admit that the task of attempting Joisel's Dwarf ( Gnome) is too daunting, then this video has come to your rescue .
Quietmarverick has thoughtfully labored to create this 3 part series that is extremely well done.
Of course, one does need to bring along patience, dedication to detail, a large, thin paper, and develop a smidgen of artistic sculpting ability. Your ratio of success to failure may well depend on how bountiful that smidgen of sculpting develops .
Obviously, attempting to fold the dwarf several times will allow you to learn from your mistakes, and persistence will increase the chances of eventually having the model that is satisfying .
Many thanks to Alexander for his contribution and labours ...
My own personal advice :
Don't use cardstock ... 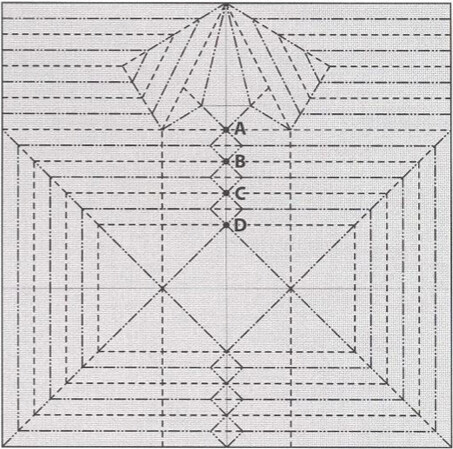