by LuvOrigami
I'm trying to make the elephant by John Montroll (shown in Animal Origami for the Enthusiast). It's my first time trying a model by him, so I wanted to start with the elephant

However, I'm can't figure out step 21... can someone please try to explain it?
by Oruhito
Ah yes Montroll's elephant brings back good memories

Unfortunatey Montroll's diagrams are a little sloppy but it is mean to be an inside reverse fold again. In steps 18-20 you just continously thin down that flap by reverse folding in and out 21 is the same thing you just can't see it. You might want to lift the flap up. Hope that helps. I'm not that good at explaining. Good luck! Montroll models are fun

by LuvOrigami
Hmmm...I got that part now

Everyone seems to have folded this model but me

Perhaps I'm using the wrong kind of paper (I'm using photocopy paper), maybe that's why it's getting so thick.
by A random folder
That paper is WAY too thick. You should get thinner ones.
by Oruhito
Well that could be a problem. For John montroll models always use origami paper. The models get thick quick! As for steps 26-28 think of it as an inside reverse fold. The precreases you made in step 24 are the creases your 'crimp' or reverse folds will be made upon. Try pushing your finger into the area where it indicates mountain folds. Hope that helps!
by erfael
I have a question about a different Montroll elephant...this one from Origami for the Enthusiast. Step 23 asks for a reverse fold on the rear end of the model. From what I can tell, everything I've done so far is as it should be. Looking at the rear of the model and opening it slightly, I see the mountain/valley folds making three arrowhead shapes, pointing up/down/up. I can't see, though, how to do a reverse fold on each side and come up with anything resembling step 24. The tail of the animal doesn't seem to want to cooperate at all.

I think the problems I'm having in these Montroll books are coming from my needing to read a little more into the diagrams than they show. I've had no problem with any of the models from Maekawa's Genuine Origami or some of Lang's books, but the Montroll are just giving me grief.

Any advice on what to look for with the reverse fold at 23, how many layers fold, etc.

by 28lorelei
Question for yet another Montroll elephant (in Inside-out)
I'm having issues with step 14, it asks for some sort of complicated spread-squash fold I can't seem to get? Thanks.

by Micco2552
Hi! Quick question, since we're on the topic of John Montroll's Elephant from the same book. I can't seem to be able to figure out steps 17 and 18. I'm so very confused. :'(

by oz
First of all, welcome to the forum!!

This is a bit of a misleading step. The book calls for a squash fold, but in reality, it's a spread-sink. Here's a few reference points:

If you start after step 15, swivel-fold the top part to put a vertical crease on the right side. 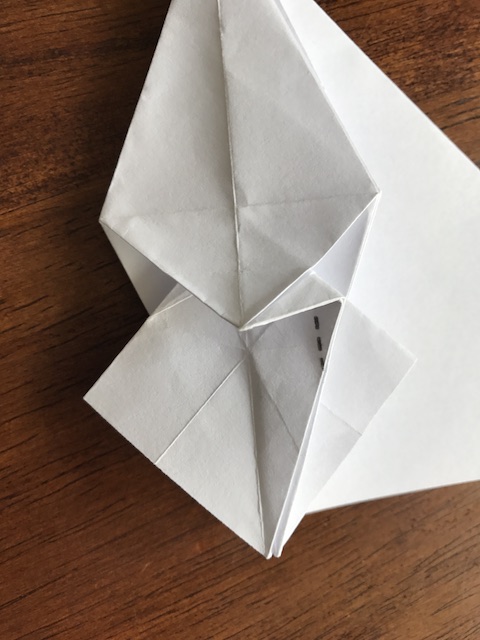 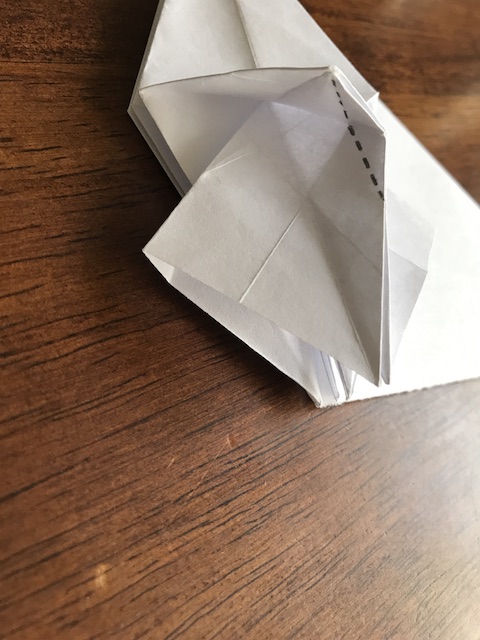 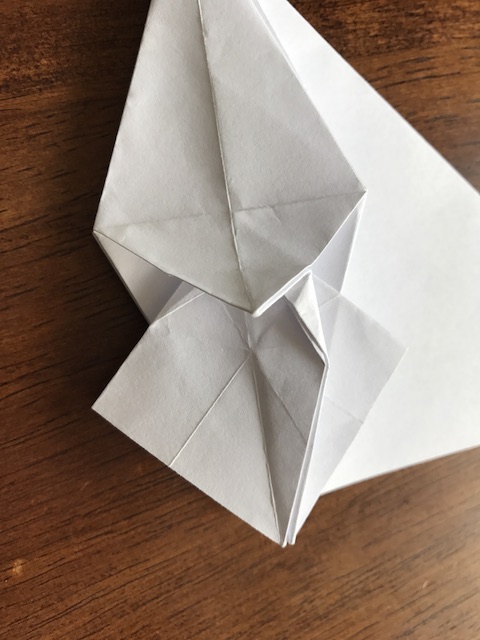 Now on step 16/17, you'll wind up making a new crease. Flare the top out using the creases you just made and massage the paper to spread-sink the top half. 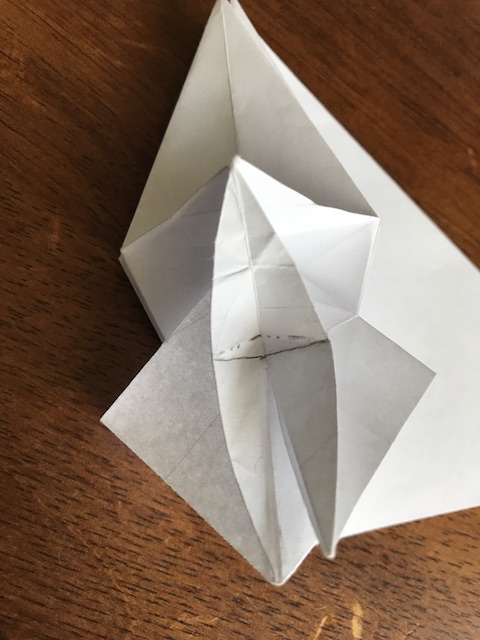 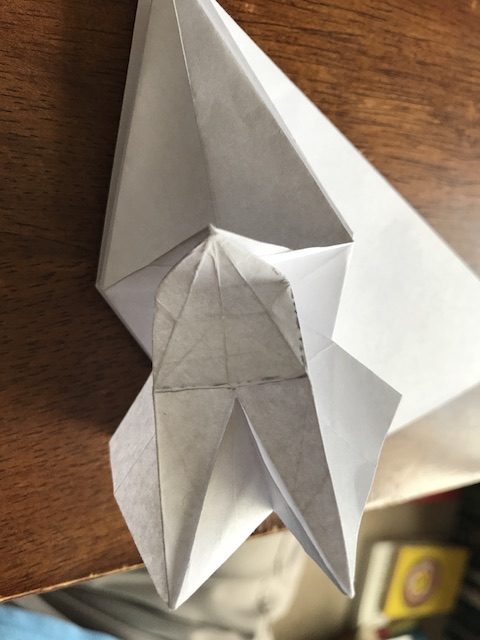 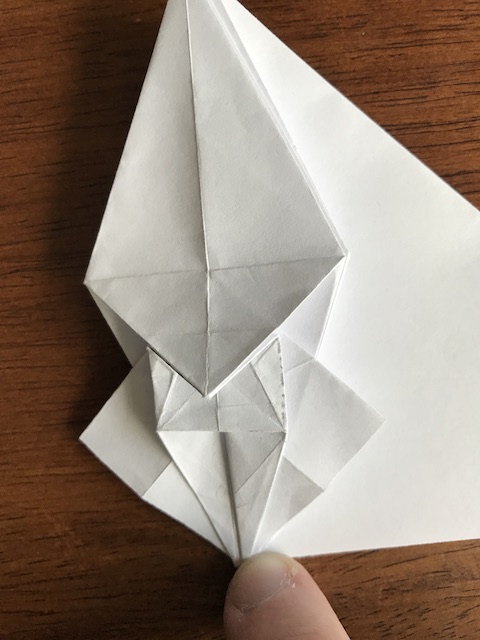 Hopefully this helps! Let me know if you have any other questions or if you're still confused on what to do. Have fun!

I'm so excited lol. It was kinda tricky, but I repeated it a few times on new pieces of paper and I think I've got it down. Thanks!