Is there any way to color change paper so it shows any series of letters? If not, is there are a good base for doing this?

Edit: Sorry, my wording was unclear. I meant to ask if you could color change paper to form a word or name.
Last edited by noneuclidean on June 27th, 2016, 2:59 am, edited 1 time in total.
reddit: /u/noneuclidean
Top

I know it's been done before, but I can't remember by whom. Someone else probably knows more.
After the fall, we rise.

It's called Typeset and it is by Jason Ku and the diagram appears at OUSA Convention 2010 book.
http://www.flickr.com/photos/georigami/
Top

Recently I found a link on the internet to the complete alphabet in Origami.
Apparently these are designed by Fumiaki Shingu.
Hope this helps

Sorry for the misunderstanding, I was asking if it would be possible to color change a single square piece of paper to create a word.
reddit: /u/noneuclidean
Top

Yes, it is possible to create entire color-changed words from a single square. I think Sy Chen has done this to some extent with his signage series. Each word is likely to require a very different design. Short words like "I" are much easier!
http://sakuraorigami.com
Top

Now... what about ONE-fold version?
Top

I made a word-tessellation: gives you 3x5 blocks of pixels from a 24x24 grid, only visible when backlit
http://snkhan.co.uk/forum/viewtopic.php ... dt#p119569
Top

It is possible to colour change the paper to get words, but it is rather complicated, since you always need both sides of the paper. A far easier approach is to use a tessellation to write words. They are not colour changed but rather easy to write and read.

Here are some examples by Evan Zodl and Alessandro Beber: 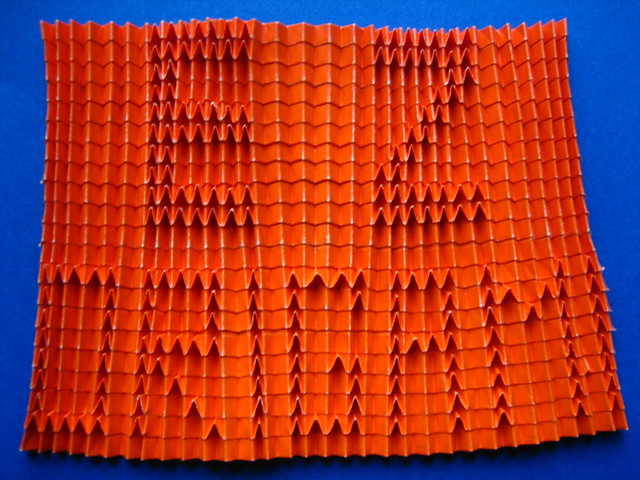 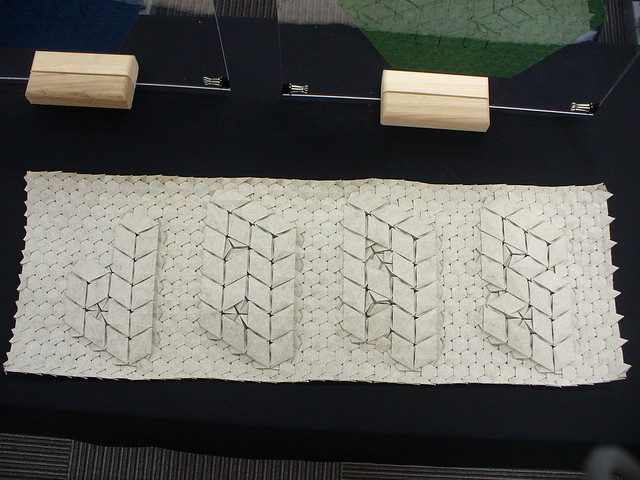 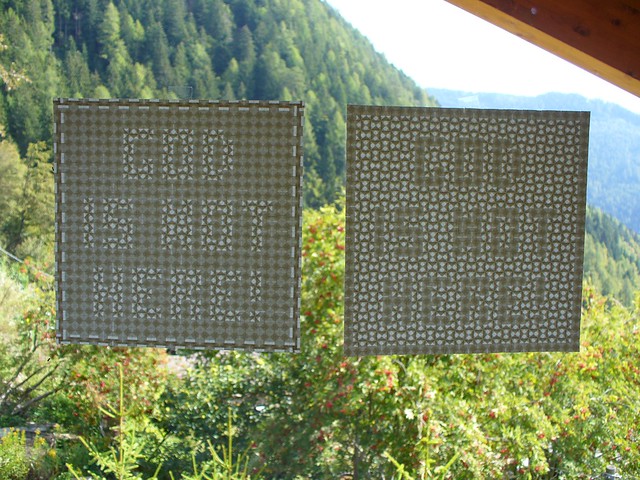 Majikaru Origami Arufabetto To Sūji by Taichiro Hasegawa has both caps and small letter, numbers, and punctuation, all from squares, all color change. https://www.amazon.com/Majikaru-Origami ... mi+letters
Top

noneuclidean wrote: ↑June 30th, 2016, 10:07 pm Sorry for the misunderstanding, I was asking if it would be possible to color change a single square piece of paper to create a word.

A bit late for an answer, but I was struggling to fold words from a single sheet (ok: actually a strip of two-colored paper) for some times, and finally published recently a short paper in "Le Pli", the journal of the MFPP, the french paperfolding association.
A preprint in english can be seen at
https://hal.archives-ouvertes.fr/hal-03242179
Top

So the best way is to use two-tone paper. Although it is not easy to find it, not every store will find paper of good density and strength.
Top
Post Reply
12 posts • Page 1 of 1